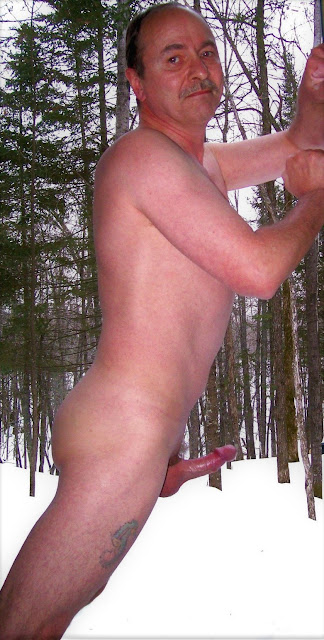 Favoring Fire    By request .... a snow and ice photo. In the interests of honesty, I cropped the photo so you wouldn't see the boots I was wearing.   I drew the line at standing in the snow barefoot! Some say the world will end in fire, Some say in ice. From what I’ve tasted of desire I hold with those who favor fire.   Robert Frost     This sentiment of warming desire is especially comforting for those of us who have spent time naked in the snow and ice.  I do like the idea of desire so strong we both burst into flame.
2 comments
Read more
More posts